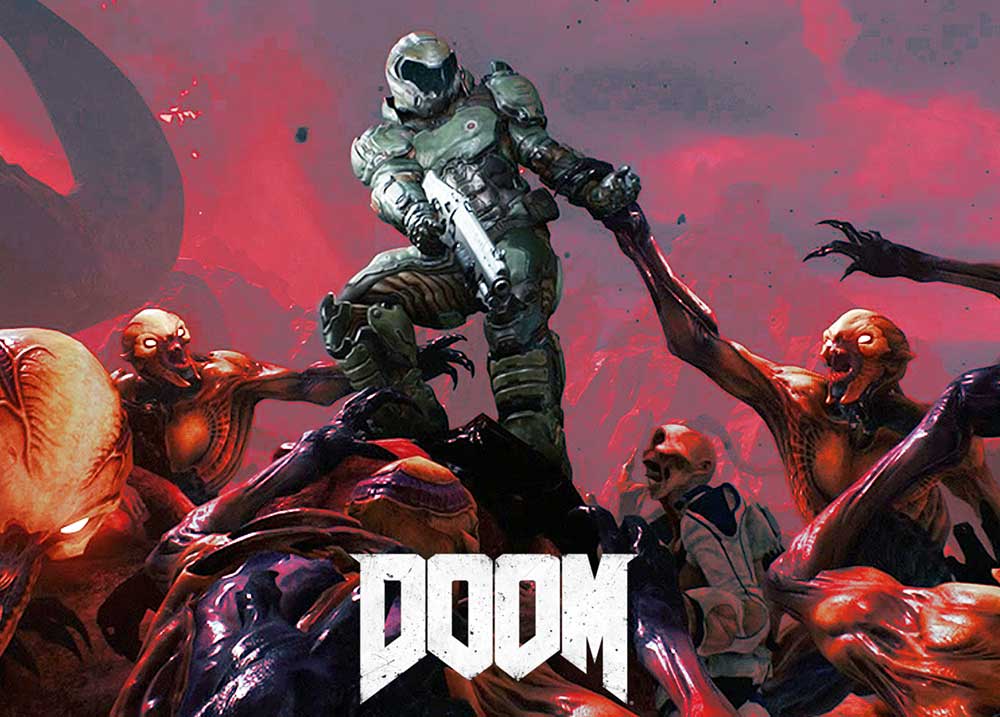 DOOM is a game about killing demons and little else. I’m completely fine with that.

While thin on the ground in terms of plot, it is self aware to the point that monitors literally say “Demonic invasion in progress”, the protagonist’s name is ‘Doom Marine’ and there are more than a few references to the 1993 original.

DOOM’s core design fairly familiar and simple. You make your way through DOOM’s 13 semi-linear missions, blasting almost everything in your path, picking up coloured keys for corresponding locked doors and fighting the occasional boss. While simple in design, DOOM’s silky gunplay makes it a clear contender for one of the years best shooters. It does everything in its power to make you feel like a total badass, wasting little time as you make your first bone-crushing kill less than a minute into the game.

Every mechanic in DOOM is encouraged with meaningful reward. Contextual ‘Glory kills’ are triggered when enemies are weakened into a glowing stagger, rewarding the player with health (and ammo if using the chainsaw). Most first person shooters force players to cower behind cover in order to recover but DOOM cleverly bucks this trend, forcing you into the fight and keeping the action flowing. Each level is huge and with a emphasis on hunting down secret areas between fights as this is where you will find upgrade points for your suit.

While DOOM’s single player campaign triumphs, its multiplayer suffers slightly. It’s not disappointing in the same way that it doesn’t excel to its full potential. Where it differs from its competitors with speedy arena style gameplay and the ability to become a demon, it seems a strange choice to include loadouts into online matches. This isn’t to say the mutliplayer isn’t fun. It just doesn’t impress as much as the single player campaign.

Lighting fast and hellishly satisfying, DOOM manages to recapture what made the original a classic while evolving enough to confidently challenge the best of modern shooters.