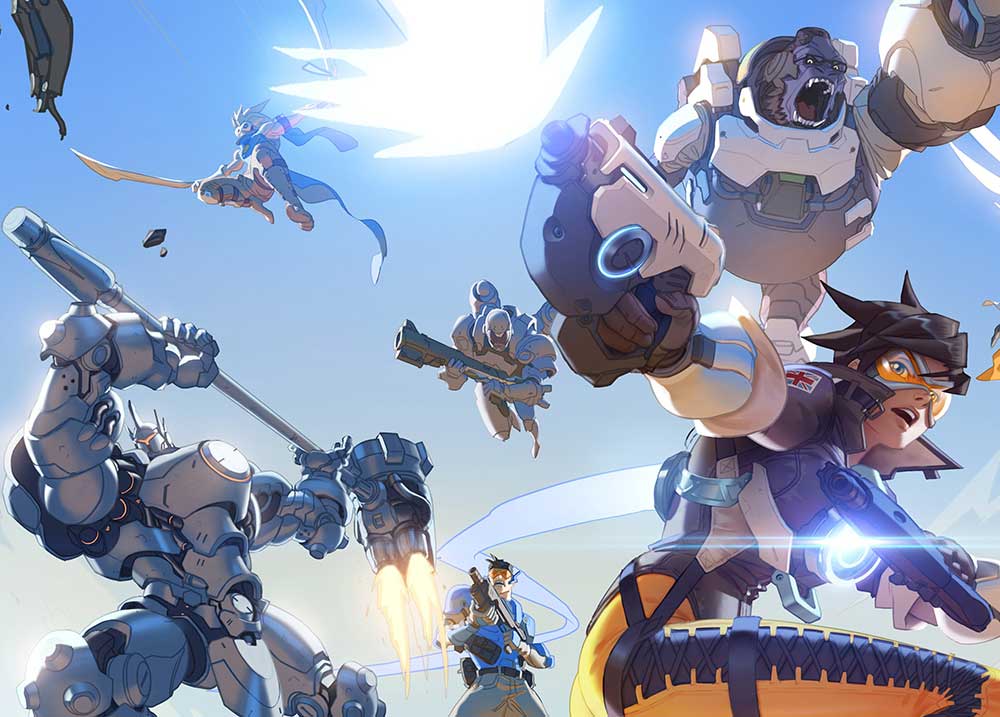 Does Blizzard’s new multiplayer FPS live up to the hype?

The Overwatch Beta has been and gone and a massive 10 million players got their hands on it. As the beta was reportedly the full game code, we’ve taken the opportunity to give our impressions for anyone who didn’t have the chance to play.

How does it play?

Overwatch is an extremely polished shooter with lots of clever, subtle details in the visual and sound design that serve purpose within the gameplay. Each of the 12 playable heroes are split into 4 categories – Attack, Defense, Tank and Support – and have unique play styles, skills and “ultimate” abilities. Ulitmates can only be used once players fill their ultimate meter by killing/dealing damage to other players. Each hero is instantly recognisable thanks to their distinctive silhouettes, movements and amazing character design.

Blizzard are giving these characters their own backstories in the form of pixar-style, beautifully animated shorts to solidify their position in the world. The latest to be released features Hanzo and Genji, named “Dragons”. You can watch for yourself below.

The animation style also translates into the gameplay. Along with the vibrant colours and signature hand-painted style that Blizzard is known for, Overwatch is simply a stunning game to behold.

Will it keep players engaged?

The Overwatch Beta is reportedly the full game code according to Gamespot. This comes as a bit of a surprise, considering multiplayer betas usually only include a handful of content from the main experience.

With this in mind, is the current content enough to keep players coming back for more? There are plenty of character skins, voice lines and highlight intros to collect, but is there enough variation in the gameplay? Competitive mode will arrive post-launch, which will give players a reason to keep trawling and fighting for their ranks.

Jeff Kaplan took to the Battle.net forums to explain to players that “a TON” of post-launch features and content is on the way. I guess we’ll have to wait and see exactly what that content is. Incidentally, rumours are already flying and fans are convinced that a new character may be on the way this Monday, thanks to some cryptic tweets.