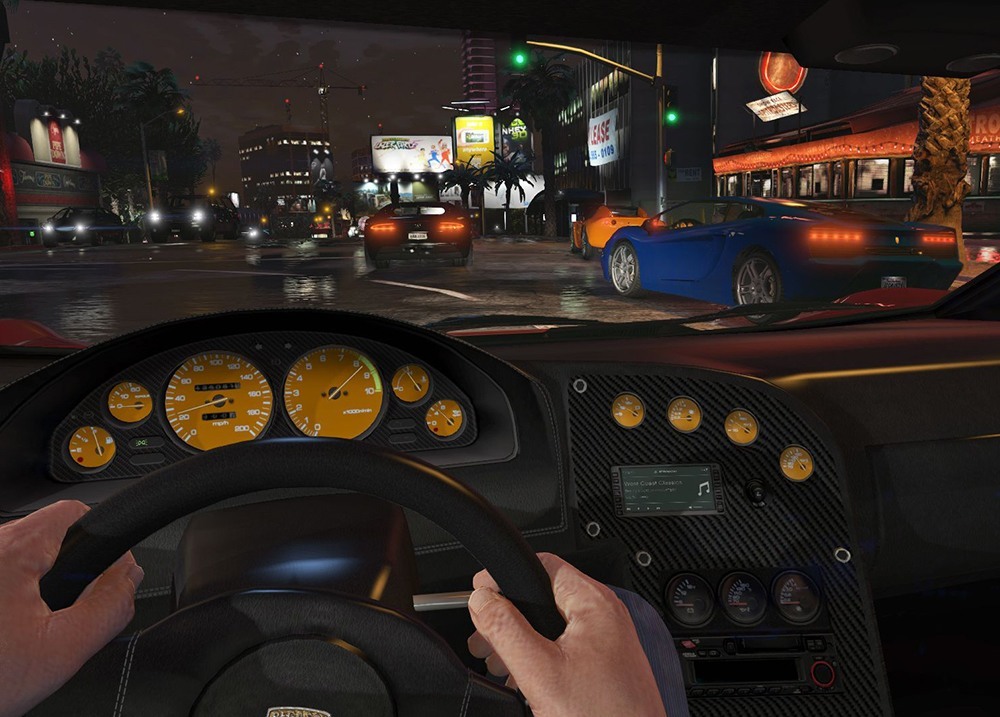 Rockstar Games has confirmed the addition of a customisable first person mode to new versions of the game.

Players who buy the game on Xbox One, PLaystation 4 or PC after its re-releases on November 18th and January 27th respectively will be able to explore Los Santos and Blaine county in a completely new perspective. Rockstar’s animation director Rob Nelson told IGN “It’s a very in-your-face experience…Literally.”

He went on to explain the intricacies of creating a first-person experience to a third-person game. “You have to change pretty much everything, I mean, if you want to do it right. We have a very solid third-person animation system, but you don’t just put the camera down there and expect to see the guns, aim, and shoot. All those animations are new when you switch to first-person, because it all has to be animated to the camera, to make it feel like a proper first-person experience that I think people would expect. All the timings have to be re-evaluated.” All vehicles will fully modeled interiors with functional dials and speedometers, as well as the player’s vision and hearing being slightly impaired when wearing a helmet. Players will also notice that Franklin/Michael/Trevor will hold up their phone while accessing the phone menu instead of it simply popping up in the corner of the screen.

It’s clear from the trailer that was released alongside the announcement (below) that GTA 5’s re-release is not just a simple port to newer consoles. Rockstar is known for the scale of its sandboxes but the level of detail is now at a phenomenal level. Serial numbers on guns and wrinkles and pores on the characters hands all pop out for players to see in a way only possible with the newer tech.

GTA 5 first person mode is just one of many new improvements being made for it’s next-gen release this November. Other improvements include enhanced visuals and draw distances, more wildlife animals and a more densely populated environment. First person mode will bring players down to eye level with Los Santos’ inhabitants, making is a much more personal venture in the state of San Andreas.